Maria and Bryan’s love blossomed after living only 5 miles apart, and finally connecting in person after they happened upon each other online. Several dates later – they started their forever 18 stories above the streets of Downtown Orlando.

Love Is In The Air – literally

Citrus Club was the perfect location to host Maria and Bryan’s black-tie wedding. Situated 18 floors above the ground in the Citrus Center, this venue boasts unparalleled views of the ‘city beautiful.’ Accented by hues of maroon, white, and silver, the couple’s decor was kept simple, but they didn’t need much with views like Citrus Club’s.

The couple’s wedding day began at the Embassy Suites Downtown, where both the bride & groom were getting ready for the day in their respective rooms. Maria and Bryan were so excited and anxiously awaiting their First Look. The couple and their bridal-party-of-one took advantage of their surroundings, and were able to capture a series of stunning photos as they had an ample amount of time to do so!

With most of their portraits complete, the couple and the Best Man made their way to the ceremony location. Held in Citrus Club’s ballroom, the ceremony was marked with a stunning draped arch that highlighted the view outside the grand, bay windows. Two large floral arrangements sat atop pedestals lead the way to the aisle, along with lanterns that helped light the way. A trio of musicians (violinist, cellist, and flutist) filled the ballroom with romantic melodies as guests entered and took their seats.

Maria walked down the aisle in a gorgeous mermaid lace gown, fitted with long sleeves, and a delicate veil. Maria’s bouquet was a beautiful arrangement of mini Calla Lilies, Spray Roses, subtle hints of maroon Ranunculus, and minimal greenery. Bryan awaited her at the altar looking dapper in a classic, black tuxedo.

The couple’s ceremony was sweet and lovely; Maria and Byan lit candles in honor of Maria’s late parents. Also, Bryan’s grandfather got in on the action by acting as the ring-bearer!

After the ceremony, Maria & Bryan joined their guests for cocktail hour, since most of their portraits had been done earlier in the day. That First Moment took this time to capture candid photos of the couple spending time with their friends and family. Keeping with tradition, Maria and Bryan had a formal receiving line in which they handed each guest a glass of champagne and thanked them for being a part of their ‘Best Day Ever.’

As cocktail hour wined down, guests were ushered to Maria & Bryan’s old-Hollywood-themed reception. Black and white made up the color palette; the guest tables were draped in ivory linens and were encircled by black Chiavari chairs. Black napkins rested on the table, as did a mix of high & low centerpieces.

The couple made their debut as husband & wife with a twirl around the dance floor to, “Fly Me To The Moon,” by Frank Sinatra. Maria & Bryan continued to bust a move on the dance floor as the night went by in a blur. Time flies when you’re having fun! Before the end of the night, toasts were performed and the stunning three-tier wedding cake with burgundy floral was cut.

Maria & Bryan’s wedding was the epitome of timelessness! The entire day was filled with grace, fun, and two people who truly love each other. Congratulations to the happy couple! We wish you a lifetime of bliss! 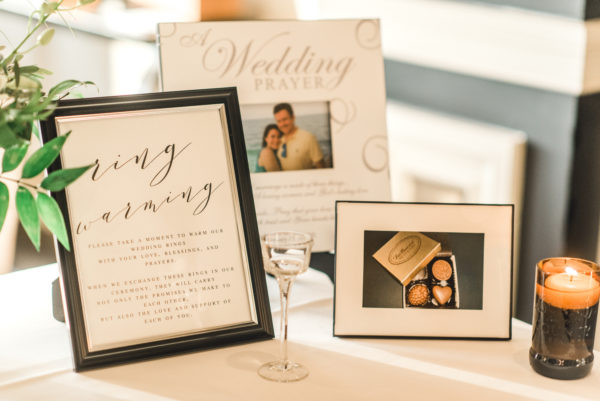 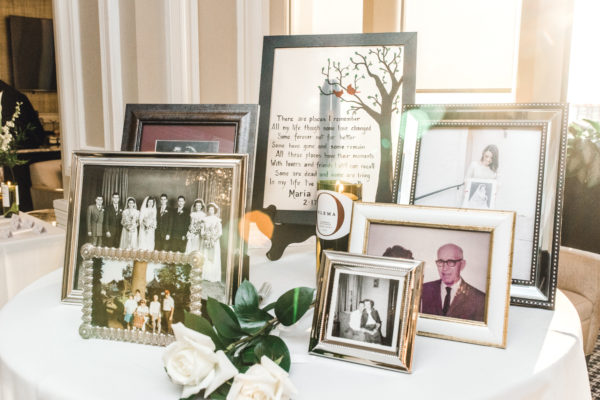 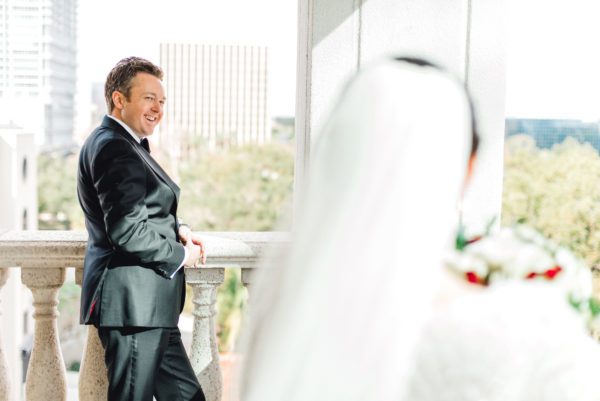 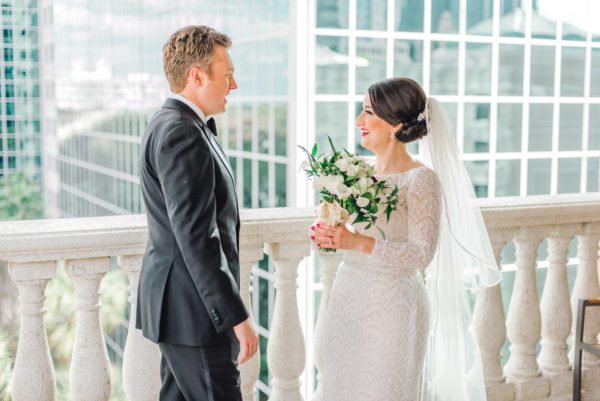 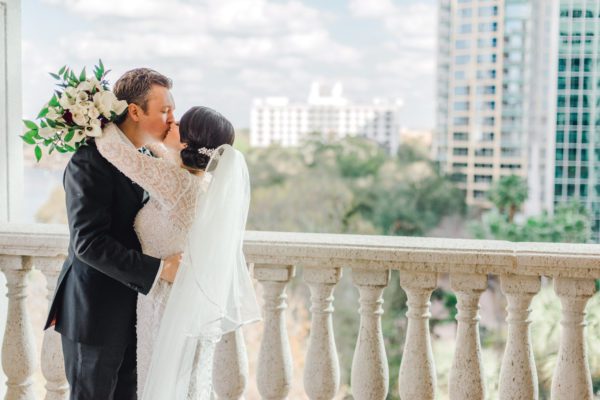 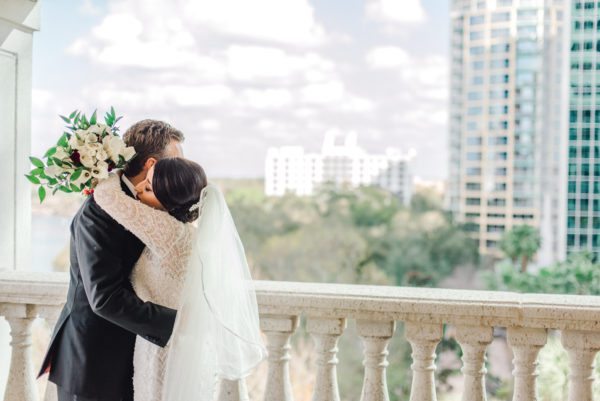 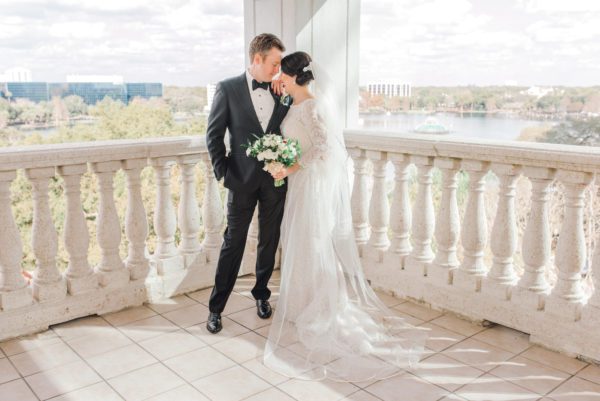 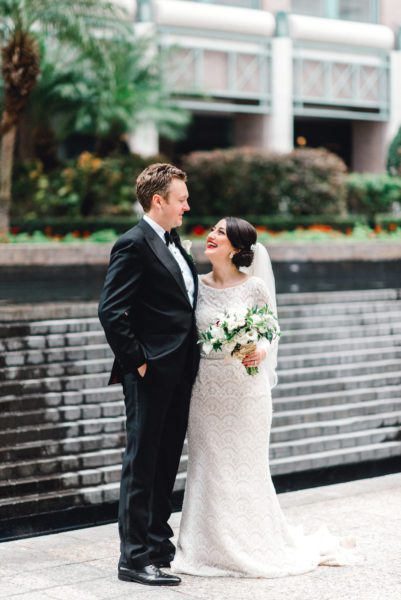 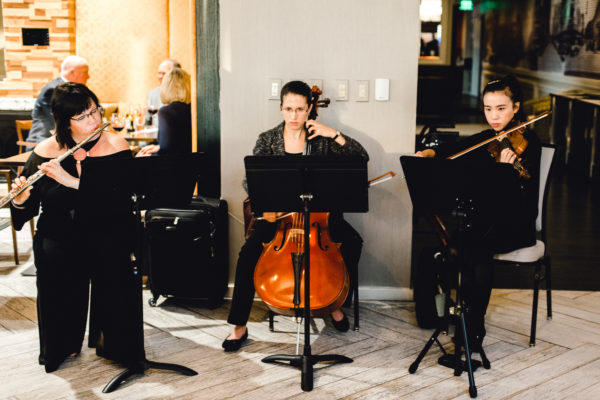 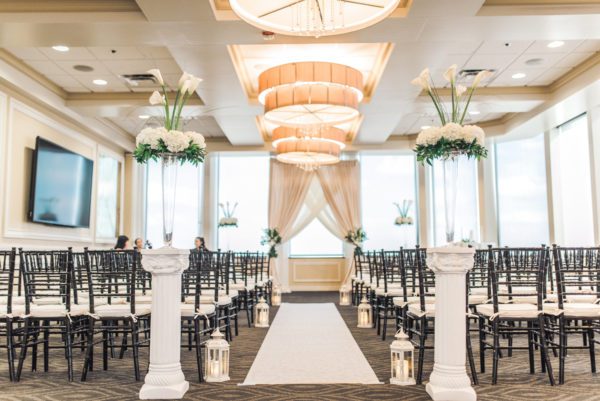 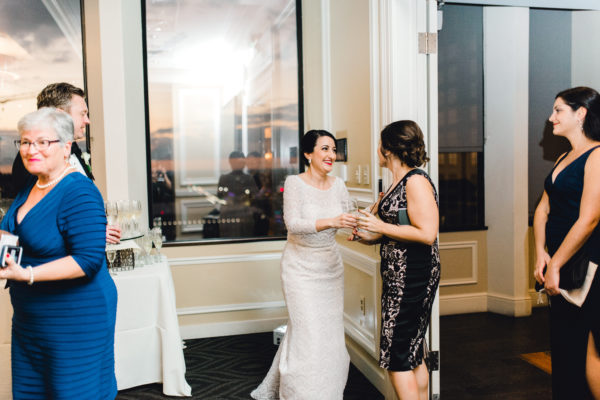 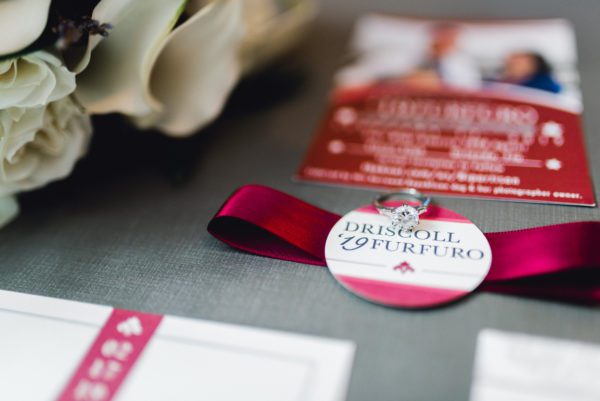 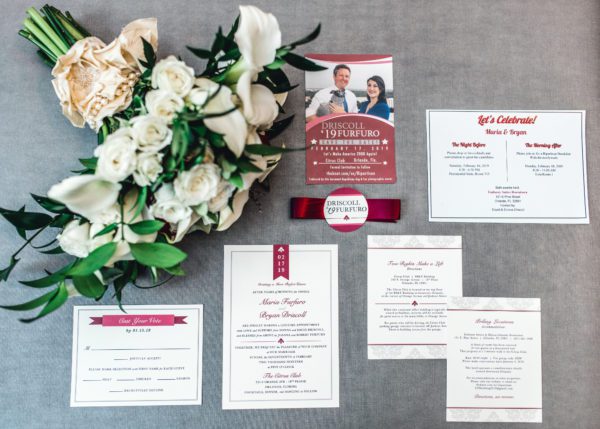 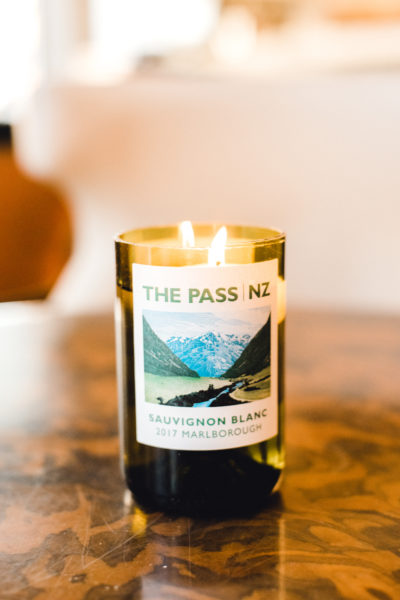 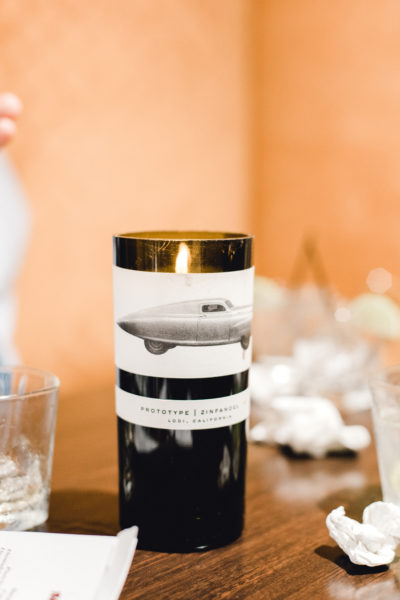 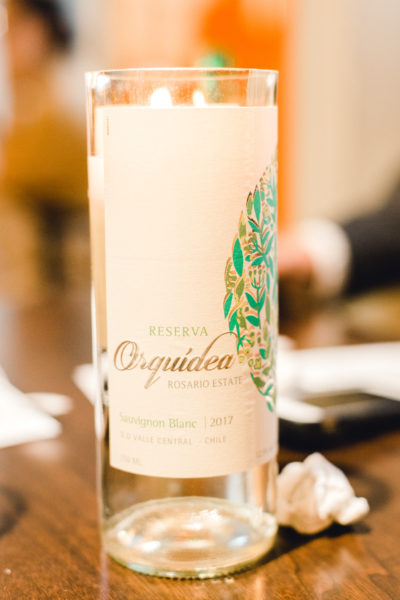 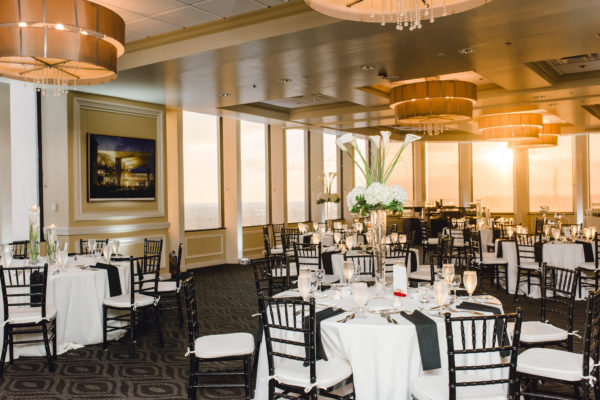 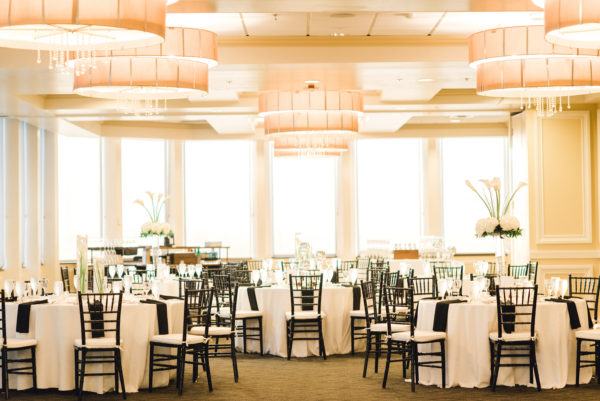 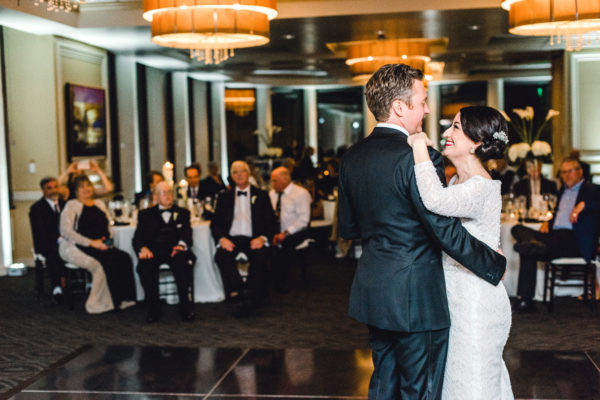 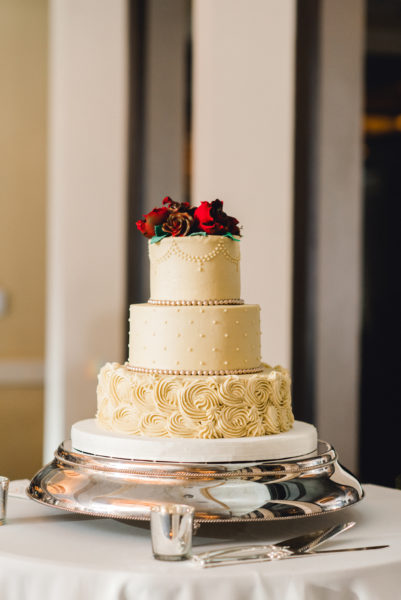 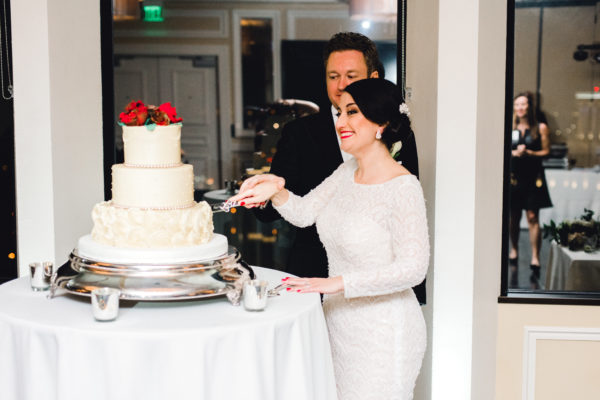 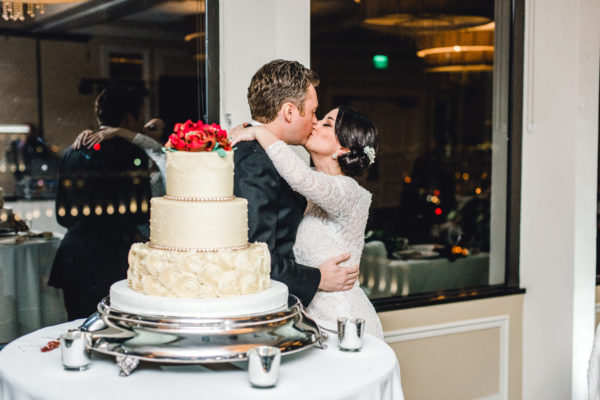 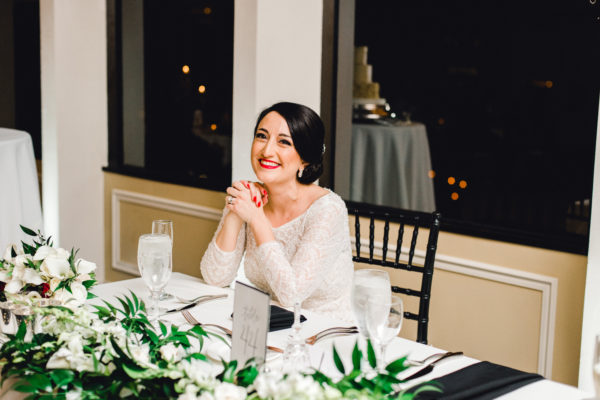 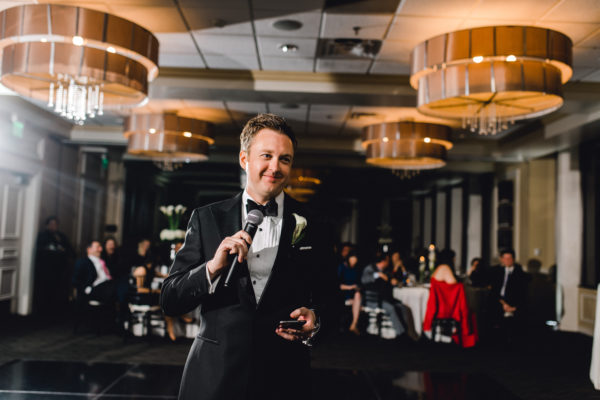 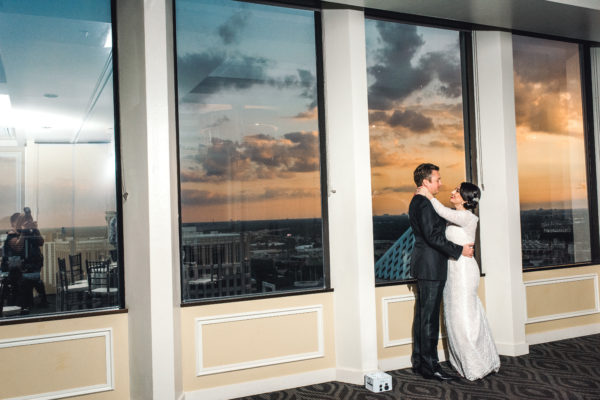 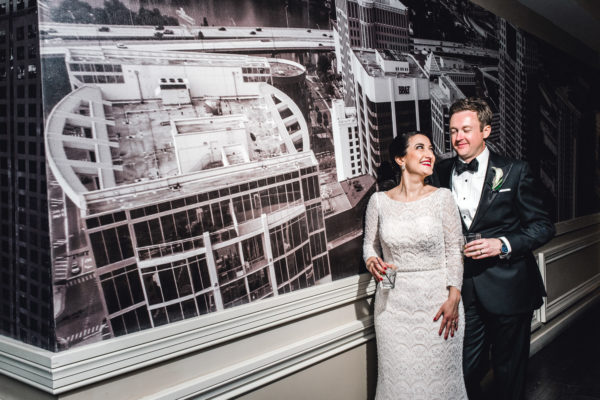 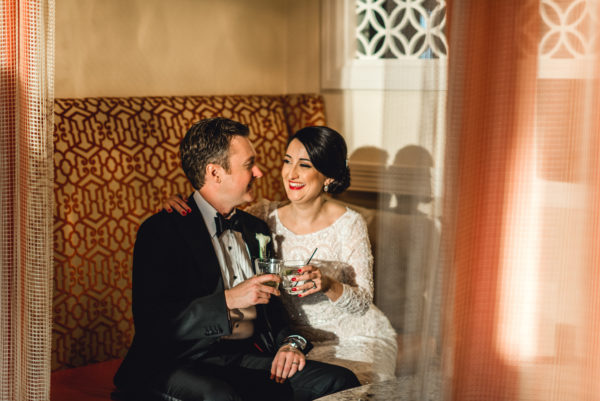